When You Want to Protect Something Important, You Want an American Security / AMSEC Safe

Unfortunately, this home was recently lost to the Carr Fire in Redding, Ca. Upon returning the owners discovered complete devastation. The house had burned HOT and was still smoldering several days later.

But then…there was this safe…still standing… The lock had burned off so it would have to be drilled. Now this is an American Security /AMSEC TL-rated safe with a 2-hr fire rating. This AMSEC safe is as high-end as it gets. They are designed to protect their content and can cost a few thousand dollars. My best guess is that this safe was probably in the neighborhood of $5,000. It’s so secure, it took a California locksmith 3 1/2 hours to drill it open. What did he find? The entire content of this safe survived the fire! Wedding ring, coin collections, stamps… it all made it! Now here’s a photo of what’s left of one of those big-box-store safes. These safes sell for under $1,000. Who got the better deal on their safe?

Safes are like parachutes, when you need one you don’t want it to be made cheap. To be sold cheap, cheap safes are simply made cheap. They don’t protect their content. 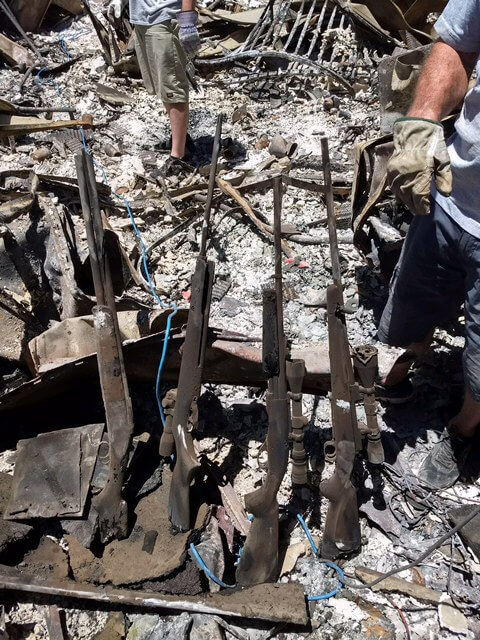